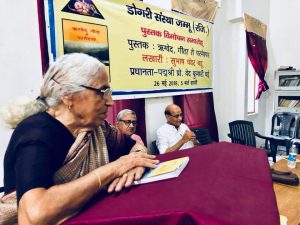 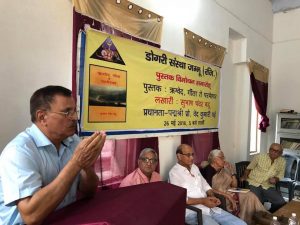 The function was presided over by Padmashri Prof. Ved Ghai and was attended by a large number of Dogri writers, scholars and prominent citizens. Prof. Ghai, who is herself a renowned scholar of Vedic philosophy, while delivering her presidential address said that Dogri literature needs books in diverse fields, genres and topics. She said that in that respect, this book is a valuable addition to the corpus of Dogri literature. She pointed out that in the area of philosophy and science, there are not many books in Dogri. It is required that Dogri readership be made aware of the rich philosophical thoughts contained in Vedas and Geeta and interpretation of God contained in them. She wished that more such books will come in future. 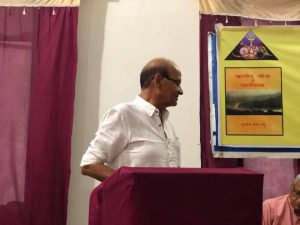 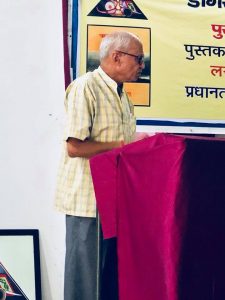 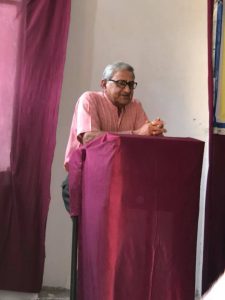 Prof. Lalit Magotra, President of Dogri Sanstha, in his welcome address, highlighted the importance of reinventing the concept of God and existence, as the great sages of olden times have expressed in the scriptures. This will help the modern generation to connect with its rich ancient heritage and philosophy. He complimented Baru for his sincere effort. 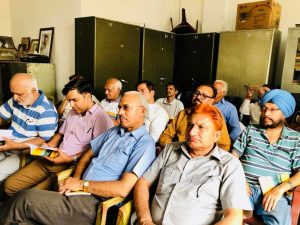 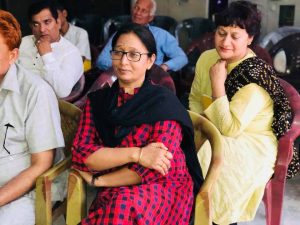 Chhatrapal, a veteran Dogri writer and Dr. Nirmal Vinod, a scholar of Sanskrit, spoke on the merits and importance of the book. They critically analysed various ideas and concepts presented in the book. They both complimented the author and hoped that he will further continue his academic pursuits in this direction. 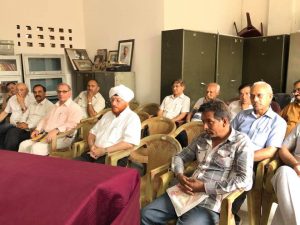 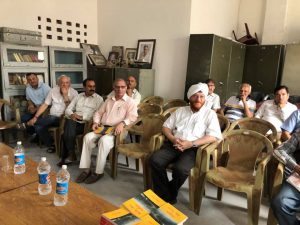 The program was conducted by Dr. Nirmal Vinod, General Secretary of Dogri Sanstha and vote of thanks was presented by Dr. Chanchal Bhasin, Secretary of Sanstha.