A book for children in Dogri ‘Shikkha-Matta’ written by Rajeshwar Singh ‘Raju’, a versatile Dogri writer, was released today at Abhinav Theatre by Dogri Sanstha, Jammu. The book contains children stories. Prof. R.D.Sharma, Vice Chancellor of university of Jammu was the Chief Guest in the function which was presided over by Prof. Lalit Magotra, President of Dogri Sanstha. Dr. Arvinder Singh AMN, Additional Secretary of J & K Academy of Art, Culture and Languages was the Special Guest and Ms. Anjali Sharma, Director, All India Radio, Jammu was the Guest of honour. The function was attended by a large number of writers, theater artistes and prominent persons from all fields of art and culture. 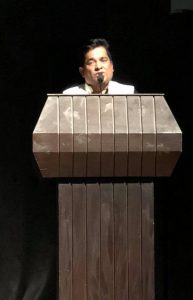 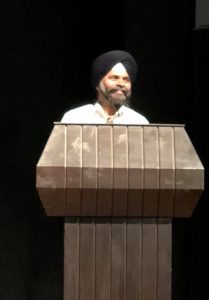 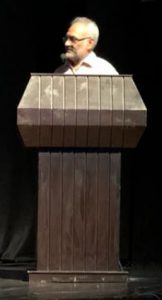 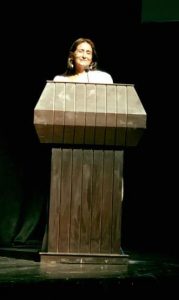 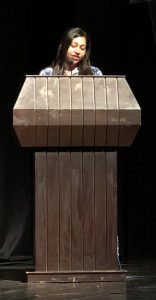 Prof. R.D.Sharma, speaking on the occasion highlighted the importance of children literature in general, and for Dogri in particular. He said that children literature is the best mean of attracting our younger generation to Dogri language and literature, which is otherwise getting alienated from their mother tongue and cultural heritage. Commenting on the contents of the book, he appreciated that the book, through its each story, teaches some moral and social value to the young reader. He complimented the writer for his effort and Dogri Sanstha for providing platform to more and more writers. 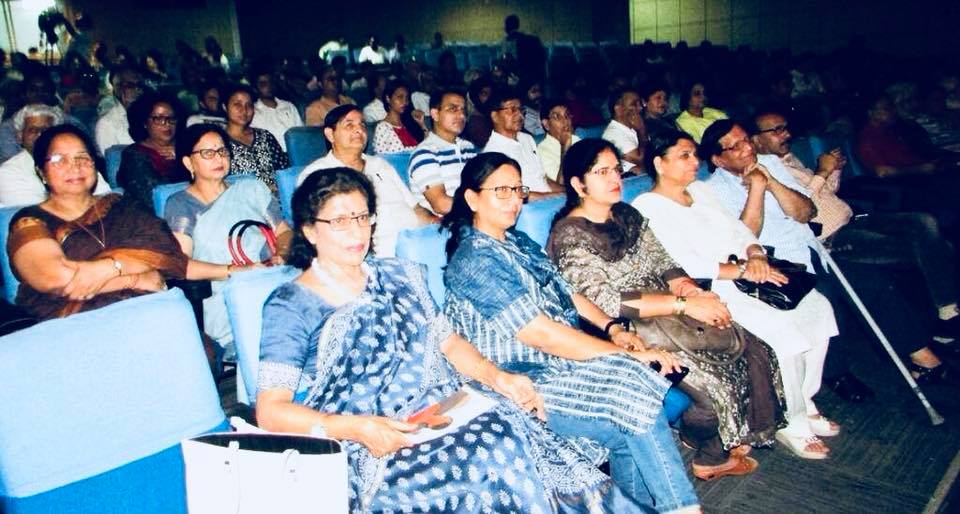 Prof. Lalit Magotra, in his presidential addresstraced the world history of children literature and emphasized the importance which stalwarts of world literature gave to children literature. He delineated the basic tenets and characteristics by which children literature inculcates the qualities of inquiry and quest among the young minds and ignites love for literature in them. He said, “the released book makes a very interesting reading for youngsters, which is a great strength of this book. He congratulated the writer.

Dr. Arvinder Singh AMN spoke on the paucity of children literature and considered it as one of the causes of our younger generation drifting away from literature. 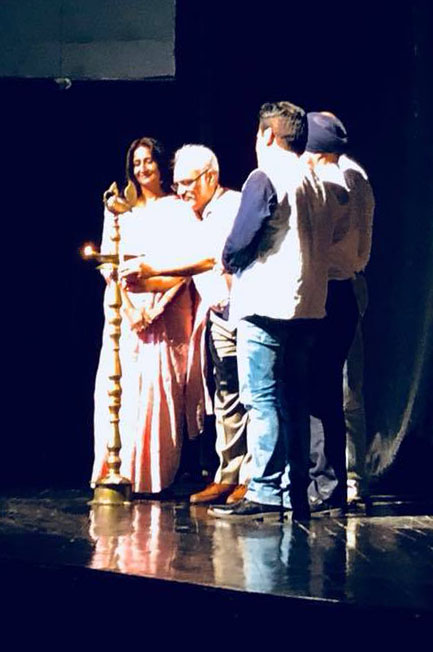 Ms. Anjali Sharma spoke at length on the multidimensional personality of Rajeshwar ‘Raju’ and said that he is a versatile writer who has contributed immensely to the fields of short story writing, play-writing, Radio play-writing and poetry etc. She said that he is equally adept in Hindi as well as in Dogri. She expressed that the released book has added a new dimension to the creative genius of Rajeshwar ‘Raju’ and another feather to his cap.
Dr. Nirmal Vinod, General Secretary of Sanstha, welcomed the audience and also conducted the programme. Being a scholar of Dogri and Hindi, he came up with many references from literature to assess and evaluate the released book. Ms. Sheetal Kumari, a research scholar of Post Graduate Department of Dogri, University of Jammu, presented a critical analysis of the released book.

Rajeshwar Singh ‘Raju’, the author of the book, also spoke on the occasion and talked about his inspiration for writing the book and narrated his experiences while writing it.

The vote of thanks was presented by Dr. Chanchal Bhasin, Secretary of Dogri Sanstha.