A new Dogri novel ‘Munsa’ written by veteran and prolific Dogri writer Inderjeet Kesar was released today by Dogri Sanstha in an impressive and well attended function. Prof. R.D. Sharma, Vice Chancellor, University of Jammu was the Chief Guest on the occasion which was presided over by Sh. Hemant Sharma, Divisional Commissioner Jammu.  The released book was Kesar’s 20th Dogri published book and 6th novel, which speaks volumes of his literary acumen and fluency of his pen. 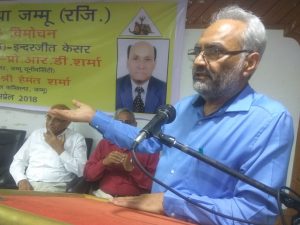 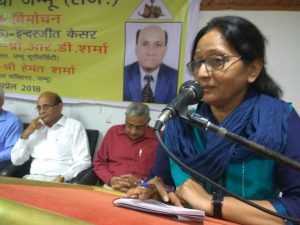 Prof. R.D. Sharma, speaking on the occasion said that novel is a genre which shows the maturity and quality of the literature of a language and in that sense the contribution of Inderjeet Kesar is outstanding. He said another merit of the novel is that it deals with social evils prevalent in our society and strongly advocates women emancipation and self-reliance. He complimented both the author and Dogri Sanstha, former for his literary achievements and later for providing platform for writers to showcase and propagate their writings. 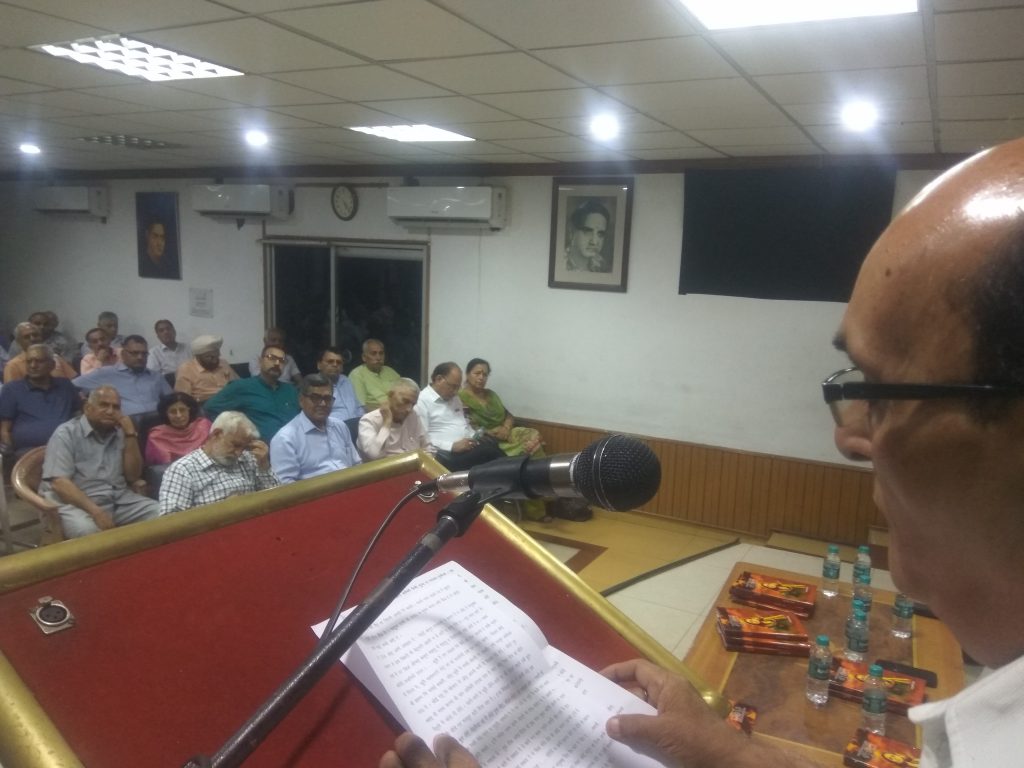 Prof. Lalit Mangotra, President of Dogri Sanstha, in his welcome address said that publication of this novel is a valuable addition to the treasure of Dogri literature. He said, “Dogra society which is rooted in old traditions is afflicted with many dogmas and taboos especially in respect of treatment of women. This novel comes as a breath of fresh air and portrays the changing attitudes and environment which are conducive for women emancipation and growth of liberal ideas in the society.” 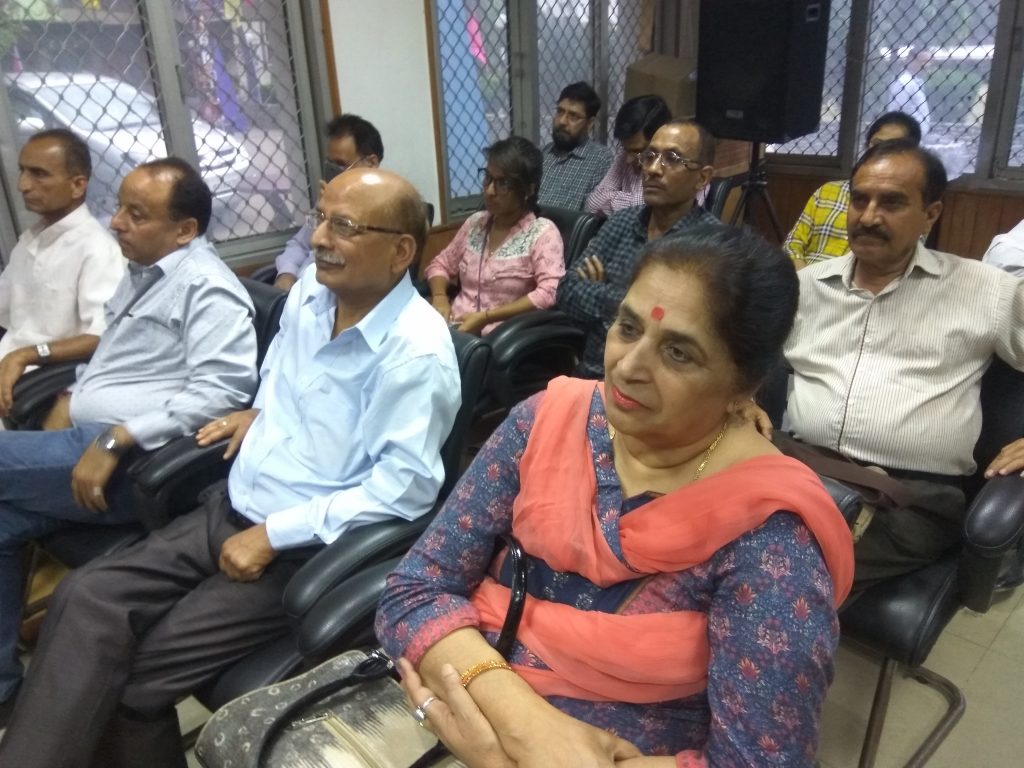 Earlier, Prof. Veena Gupta, a veteran literary critic made a scholarly presentation on the released book. While discussing the content and style, she noted that book presented a realistic picture of the changing Dogra society. The language of the book is flawless and simple Dogri which make reading effortless and interesting. The ideal situations created in the book appear plausible and convincing. Kesar also spoke on the occasion and read out a few paragraphs from the book.

The program was conducted by Dr. Nirmal Vinod, General Secretary of Dogri Sanstha and vote of thanks was presented by Dr. Chanchal Bhasin, Secretary of the Sanstha.