Prof. Ram Nath Shastri Memorial Award for the year 2018 has been conferred on Pitamber Nath Sharma for his Dogri novel “Bhagaali”. This prestigious annual award is given for the first book of a writer in Dogri in last five years. The award instituted by the family members of Late Shastri, the doyen of Dogri, is aimed at encouraging the new writers. The award carries a cheque for Rs.21000/-, a memento and a shawl. 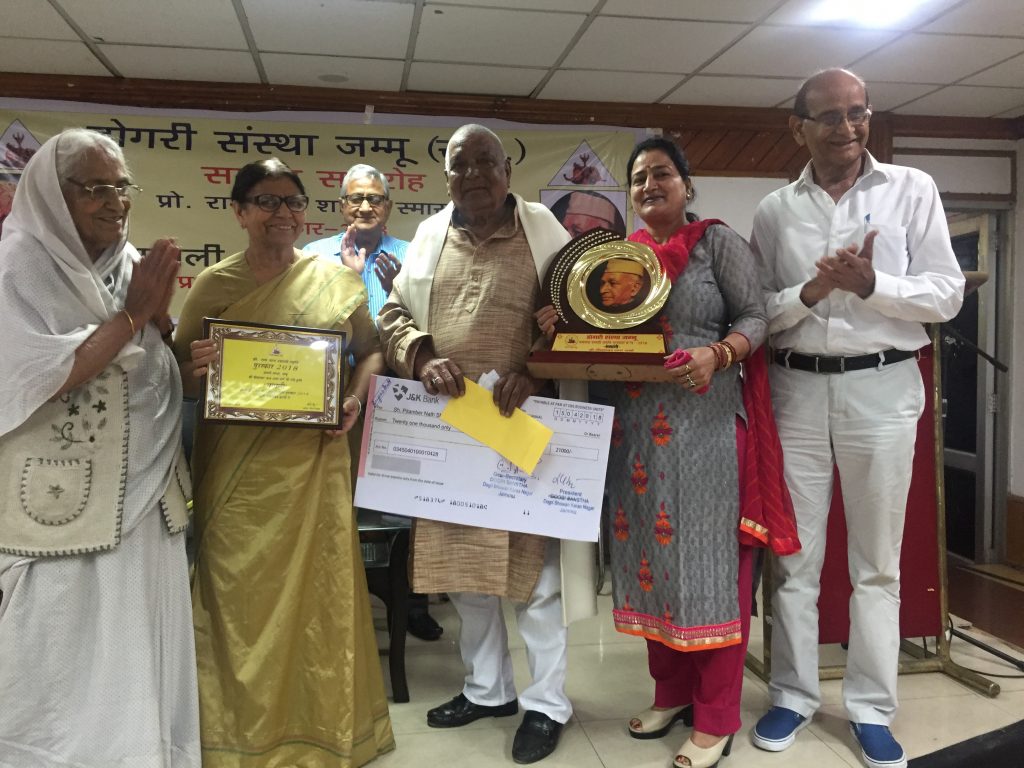 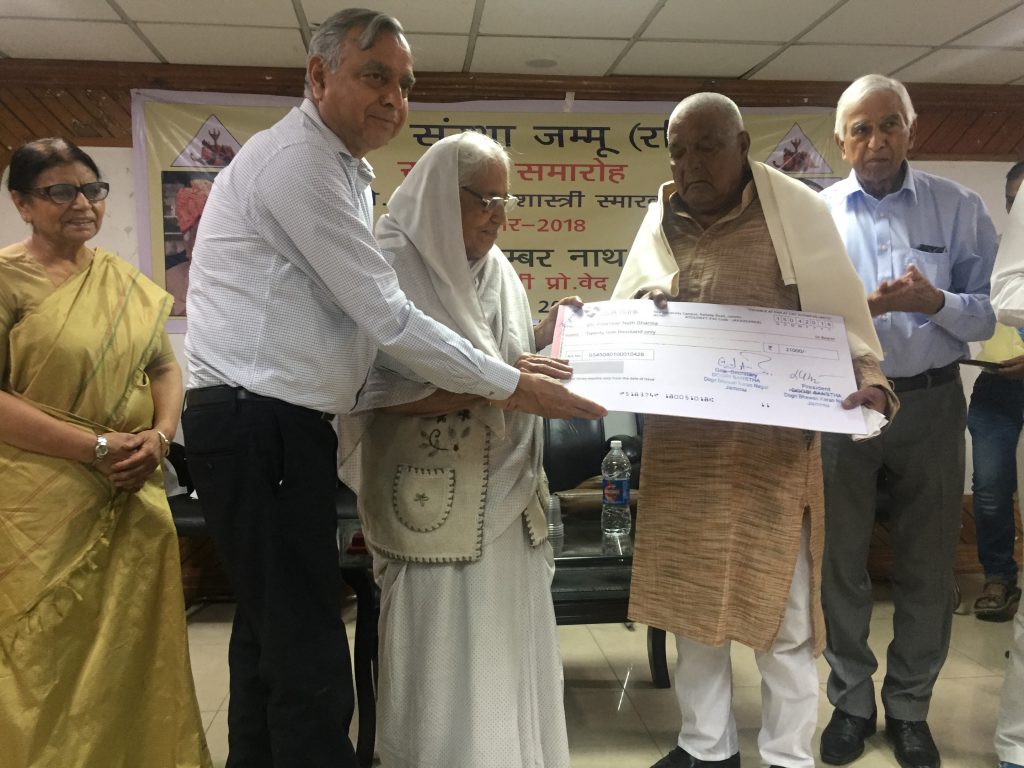 The award ceremony is organized under the auspices of Dogri Sanstha, to which Shastri remained associated through out his life. The award function which was held in K.L. Sehgal Hall was presided over by Padma Shri Prof. Ved Ghai and attended by a large gathering of writers, the family members of Shastri and Pitamber Sharma and prominent citizens.

Prof. Ghai, who had a long association with Shastri, narrated many outstanding qualities of head and heart of Shastri, which made him a towering personality during his lifetime and an icon of Dogri after his death. She specially emphasised his foresightedness, his leadership qualities and his total dedication to the cause of Dogri.

Earlier welcoming the audience, Prof. Lalit Magotra, President of Dogri Sanstha, said that it is no coincidence that you find imprint of Prof. Ram Nath Shastri in every aspect of Dogri literature and language. He said, “Shastri was a great visionary who could plan meticulously according to the needs of present and future.” He also recited a few couplets of Shastri to highlight his literary creative genius.

On the occasion, Prof. Veena Gupta read a citation about Pitambar Nath Sharma and also spoke in detail of the merit of the awarded novel.